F. Scott Fitzgerald's "The Great Gatsby" is a classic novel written in 1925 that was adapted into a movie with Leonardo Di Caprio as the male protagonist in 2013. Ever since then, the fashions and outfits from the decadent and glamorous 1920s period have been a popular choice for themed parties and events.

There are a number of Great Gatsby looks that are lusted after by many women, and they are easy to recreate.

Flappers were a young generation of Western women in the roaring twenties who rebelled against conventional dress and behavior. A flapper girl would wear short skirts, bob their hair, and listen to jazz, which wasn't considered the norm back then. Fringed dresses were an extremely common form of clothing for flappers. To recreate the look, wear an above-the-knee fringed dress with heeled shoes and a sequin headband. 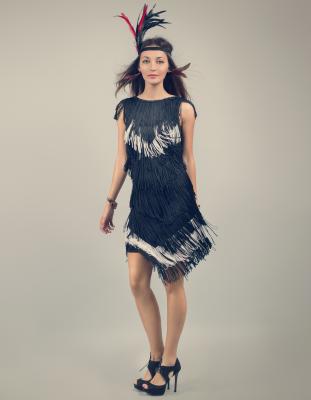 Another common form of dress for women in the Great Gatsby era would be reasonably long, floaty chiffon numbers. These would be sleeveless, nip in at the waist, and come just below the knee. These kinds of dresses would come in a number of different colors for both smart casual and formal occasions. Just pair a chiffon dress style like this with some metallic heels. 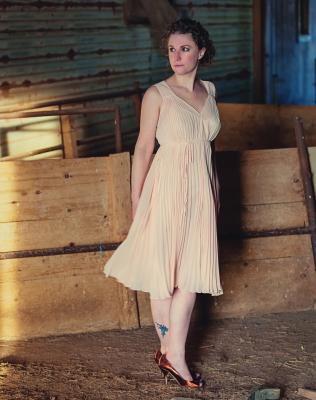 Ideal for fancy events and dinners, women of the twenties loved to wear sequin frocks. Some were long, some were short, but all of them were utterly dazzling. A sequin dress, whether fitted or in a more relaxed style, would be teamed with a traditional flapper girl-style headband featuring a feather and heeled shoes for the maximum amount of impact. If you aren't afraid of attention-getting looks, pair a short sequin dress with dangling earrings for even more sparkle. 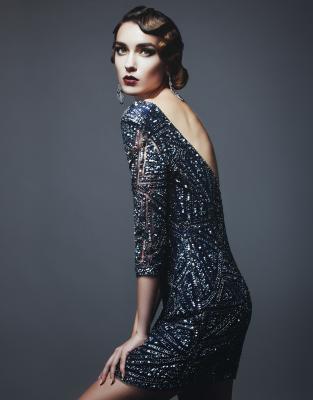 Besides above-the-knee, knee-length, and below-the-knee, long dresses were also popular. Traditional floor-sweepers reminiscent of the era were worn for balls and formal occasions. From standout red to minimalist nude, these long dresses were often paired with pearl jewelry and headbands. Pair a sleeveless floor-length dress like this with layered faux-pearl necklaces and bracelets. You can also use a pearl necklace as a headband: wrap it around and pin it to your hair once you're done styling (add a feather to the side for that twenties vibe). 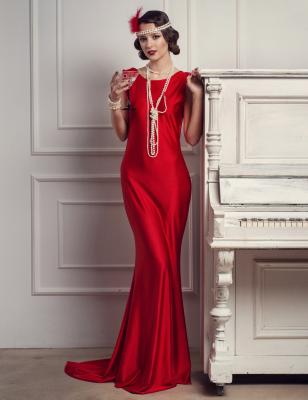 Headbands that were worn on top of the head like a crown were favored by many women in the golden twenties. These would either be of the pearl, sequin, or satin nature. Flapper girls would opt for those that featured a feather on one side, whereas older women preferred the more sophisticated sequin or pearl versions. Pearls were also commonly worn around the neck as a long chain and as bracelets.

Essentially, when it comes to the Great Gatsby era - the more sparkle, the better! Each outfit was often finished off with a long cigarette holder, a pinned wavy bob, and a large brooch for an extra bit of glitz. 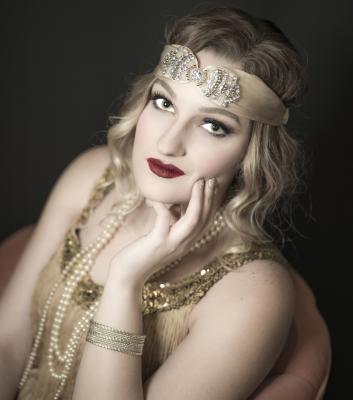 The fashion for men was just as formal as womenswear back in the twenties.

Suits and ties were very popular with men of all ages. Edwardian upper-class men, in particular, were very formal, often opting for three-piece suits over the traditional two-piece versions. However, the colors and prints of the suits were often lighter and more eccentric compared to previous eras. 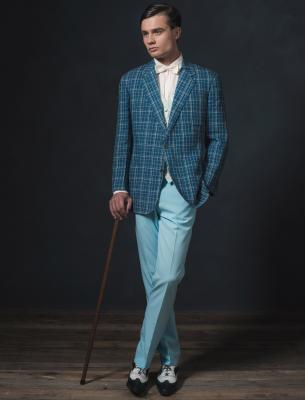 A bowtie and two-tone shoes with wingtips completed the menswear formal look. Panama, boater, or skimmer hats (a shallow hat with a flat top and wide, stiff brim) were also incredibly fashionable. 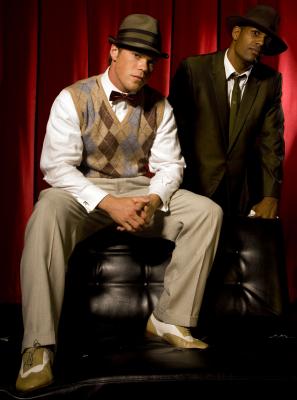 Putting the Look Together

When it comes to dressing in the elegant style of the 1920s, the premise is simple. Basically, more is more! Great Gatsby fashion gives you the opportunity to get glammed up in the most beautiful frocks, shiny shoes, and sparkly accessories. The aim is to bring out your inner maximalist, reminiscent of the flapper girl look and spirit of the era - and that's what makes it so much fun.