Twiggy fashions in the 1960s were mainly brief, bare, and daring. Twiggy, an extremely successful model in the 60s, was more than just a magazine maven: She was a trendsetter, a daring dresser, and an icon in her own right. In fact, you might wear pieces that are styled after Twiggy's 60s outfits and not even know it! Have a look at some of Twiggy's fashion in the 1960s that popped up during her reigning tenure as a model, and how the looks managed to sneak into our closets today.

London-based model Twiggy was hired at the age of 16 in 1966, quickly becoming an icon known for her long, false eyelashes, exaggerated eye makeup, and close, cropped hairstyle. After modeling successfully into the early 70s, Twiggy worked as a singer and actress and garnered several awards. In addition, she appeared as a judge on America's Next Top Model and wrote her own bibliography, titled Twiggy in Black and White, which became a best seller. Twiggy's other accomplishments including working closely with Marks & Spencer on their billboard campaigns and television advertisements, as well as helping them launch an exclusive clothing collection.

Twiggy worked closely with Mary Quant and her fashion collaborations, seen in dresses and skirts that hit at around six or seven inches above the knees. Incomparably scandalous for the time, the mini quickly made its way onto magazine covers and in nearly every advertising campaign of the latter part of the decade. "The Chelsea Look" was made popular by Mary Quant, the designer, but it was modeled by Twiggy, the icon. 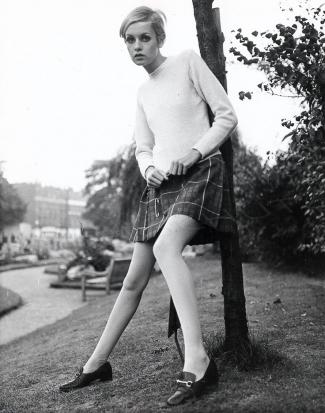 Twiggy often wore shift dresses in printed advertisements for women's magazines, including ones displayed on the popular Carnaby Street. Quite often Twiggy displayed her incredibly slim frame in a simple shift dress, sometimes with a button placket in the front, and other times with an exaggerated collar (either a spread collar or a turtleneck style). Colors included baby pink, sunshine yellow, white, and red, along with variations on plaids, checks, and stripes. As a general rule, she didn't choose fussy styles, instead allowing her legs to take center stage. 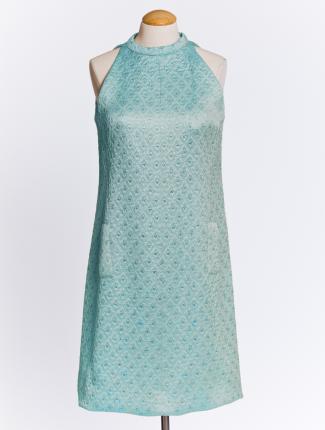 With Twiggy's frame, it was inevitable that she would foray into styles that were unflattering to the general population. One look that Twiggy pulled off well was the ribbed sweater look, which added a little bit of shape to her boyish frame. The ribbed sweaters were often paired with funnel necks and mocknecks pulled up past the chin for effect. 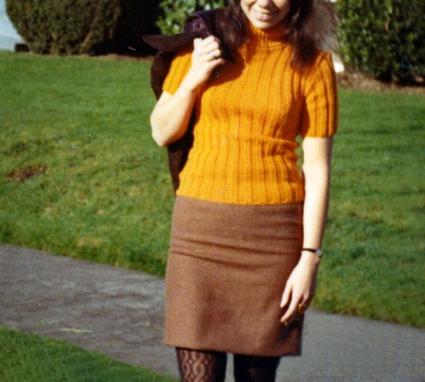 During the '60s, Twiggy was part of the movement that embraced a more liberated fashion sense. Bras were ditched in place of slight camisoles, garters were disposed for stockings, and panties even became more rare. Page through Twiggy's popular editorial spreads of the decade, and you'll see that she was at the forefront of the "less is more" campaign. Luckily for Twiggy, she never needed a bra, anyway! 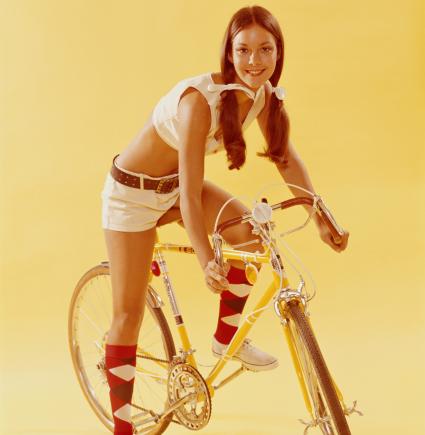 Menswear wasn't off-limit for Twiggy, and she pushed boundaries when it came to fashion expectations. While we might wear suits easily today in the workplace, in the 60s, tossing on a tie and a men's starched shirt was a very innovative choice. Twiggy wore thick, striped ties with waistcoats and men's hats with her mini skirts, usually with bare legs, but occasionally with fishnet tights. She also wore vests with ties and menswear-inspired shorts or suit jackets and ties with flared trouser pants. 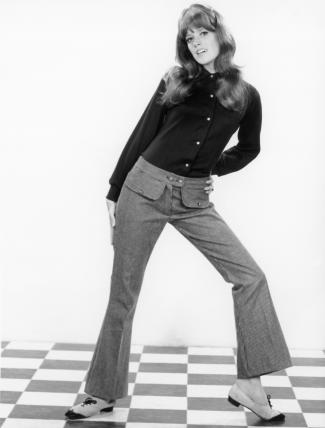 Knee-high or thigh high boots raced up the legs, exposed by those daring mini skirts, while loafers added a touch of boyish style to everyday looks. Brown leather, white patent leather and leather substitutes, and colorful styles as a nod to more popular prismatic designs. Matching bags were worn in funkier designs, but as a general rule, they were not used as a conventionally matching accessory as they had been in the past. Fringe was added to oversized bags in the late 60s as the hippie look was further popularized. 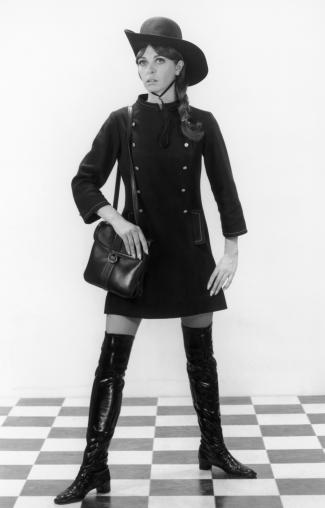 Twiggy's style was daring for its time, and stood out with a variety of unique looks, from mini skirts to menswear-inspired fashions. Some of these styles are mainstays in the fashion world today, or have evolved based from Twiggy's iconic 60s looks into modern renditions that women the world over love. If you are looking for fashion inspiration. Twiggy's unique look is a great place to start.

Comments
© 2006-2021 LoveToKnow, Corp., except where otherwise noted. All Rights Reserved.
Twiggy Fashions of the 1960s