The 1940s were a unique time in fashion history. In the early years, women's fashions were deeply impacted by the effects of World War II. In the mid and later forties after the war, new styles emerged and help shaped future fashions.

Simple, tailored day dresses were the norm in the early 40s for women. Excessive material and extra embellishment were omitted since materials needed to be conserved for the war.

With a vast number of men serving in the war, many women did their part by entering into the workplace, and many women were working in factories. 'Rosie the Riveter' became a symbol of 1940s working women, whose clothing might have consisted of sturdy workshirt, trousers or overalls, boots, and a colorful scarf to tie back the hair.

Women's suits in the early forties consisted of a knee length skirt, a shorter jacket with a boxy silouhette (often with shoulder pads), and a conservative blouse.

This modern 40s style suit utilizes the nipped in waist, the squared shoulders, and the mid-length pencil skirt common during the early part of the decade.

Despite the more austere clothing choices in the early forties, feminine accessories such as hats and gloves were still very important. Many of the materials hats were made from were not rationed for the war, so even in the early 40s women could express themselves with a fanciful stylish hat.

While many of the women's fashions of the early forties held throughout the decade, after the war many designers began creating new, more extravagant dress designs, especially for evening. Without rationing restrictions, the freedom for these designs came more easily.

In 1947, Dior introduced the 'New Look.' For women, this style meant goodbye to the boxy shoulder pads, opting for a more slope shouldered look instead. Women's New Look clothing also showcased a narrow waist and emphasized the bust and hips.

If you enjoyed this slideshow, see more fashion history with our 80s Fashion Pictures. 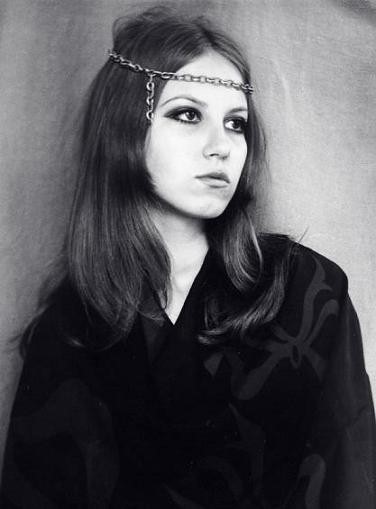