Whether you considered yourself a true blue material girl or not, chances are you were probably familiar with Madonna outfits in the 1980s. The chameleon-like pop singer changed her style so often, it was dizzying to keep up. But it also inspired a legion of fans who emulated and aspired to be just like her, right down to her fingerless lace gloves!

Perhaps no celebrity represents the culture and style of the 1980s better than Madonna. With her penchant for brow-raising, provocative outfits and equally outrageous performances, it's no wonder she captured the world's attention. Constantly reinventing her look, Madonna's iconic presence on stage and screen was enough to influence fans the world over. No accurate portrait of the '80s is complete without an image of millions of teenage girls screaming, their hair in wild disarray, crucifixes dangling from their necks above low-cut bustiers.

It takes some panache to pull off a multitude of looks so successfully, and it's safe to say Madonna had it and then some. Throw in a cocky attitude, a smart mouth and a sense of reckless abandon, and the end result is as evident today as it was when she made her world debut.

Those who followed the trends at close range had a closet full of Madonna's wardrobe essentials. Among the items were: 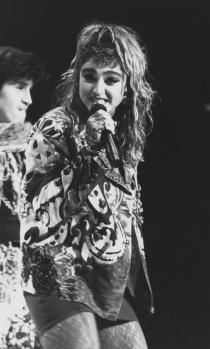 Memorable Madonna Outfits in the 1980s

Even if you didn't fancy yourself a Madonna wannabe, you may have known someone who did - or maybe you just wondered what all the fuss was about! It's simple: Madonna was a risk-taking pioneer of change. "Recycle" simply wasn't a word in her vocabulary. This level of daring simply hadn't been witnessed in such magnitude prior to her arrival. When she writhed and rolled across the stage floor at the 1984 MTV Video Music Awards in a sexy wedding dress, she wasn't just announcing that she was Like a Virgin - she was also painting an unforgettable moment in fashion history. Some highlights include: 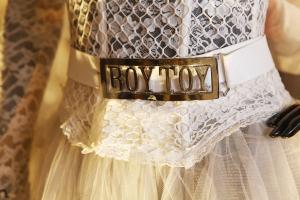 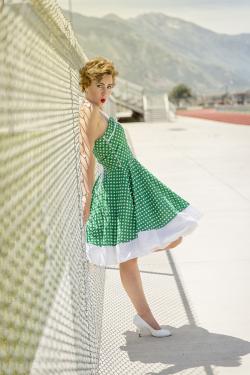 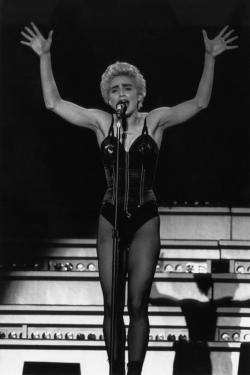 If Madonna's partiality for reinvention inspires you, you might even be inclined to emulate a particular look. In that case, you need look no further than her comprehensive catalog of music videos. Though her recent videos showcase a number of intriguing makeovers, it's Madonna's '80s wardrobe that is probably recognized - and loved - best. If you want to strike a pose of your own, take a peek at her more fashionable videos. You'll find style ideas aplenty in Lucky Star, Borderline, Who's That Girl and even La Isla Bonita, if you have visions of dancing and turning heads in a delightful red dress. Clearly, Madonna outfits in the 1980s have made their mark on women all over the world - and not surprisingly, they continue to do so!