For women in the 1980s, fashion was colorful, bold, and in some cases, outrageous. Anyone who grew up in or was around in the 1980s surely remembers some of the fashion trends that emerged that decade. Some were positive, and some were gladly put into the back of closets afterward. Take a look at the good, the bad and the ugly of 1980s fads and fashions.

If you ever saw the TV show Dynasty, you saw some of the most massive shoulder pads ever made. Alexis Carrington and Krystle Carrington were strong, dramatic characters, and they needed clothing to match. It wasn't long before women's suits and then shirts were made with shoulder pads already inserted. Some pads were removable, but others were permanent and gave women of the day a profile to match that of any football linebacker. 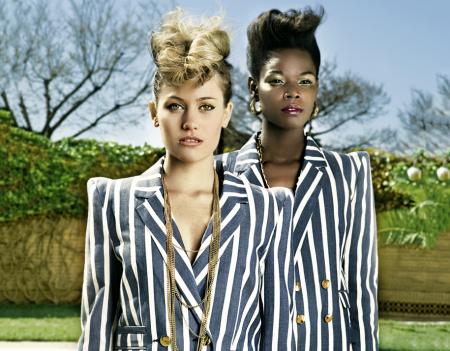 Casual wear in the 80s had a look that was uniquely its own.

The aerobic exercise craze hit full force in the eighties. Any self-respecting fitness buff was outfitted in leotards, headbands, and legwarmers. Legwarmers soon left the gym when women decided these fashion accessories looked as good with jeans and mini skirts as they did with tights. Legwarmers were available in nearly every color imaginable and were seen on many legs during their heyday. 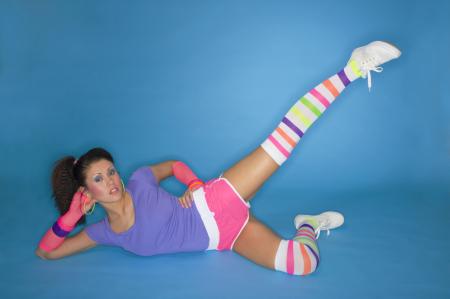 When Jennifer Beals sported her off-the-shoulder slouchy top on Flashdance movie posters, a new fashion trend was born. Women everywhere jumped on the Flashdace fashion bandwagon and wore their shirts off their shoulders. Of course, this was a more casual look and wasn't appropriate for the office, but at malls, schools, and anywhere else they could get away with it, shoulders were bared.

Neon colors aren't the easiest to wear, but that didn't stop girls and women from sporting these super bright colors during the 1980s. Tops, skirts and jewelry were designed in garish neon greens, yellows, pinks and blues. Some makeup lines were also designed to match the clothes, so neon ruled the day for a brief time until women decided that all those bright colors were maybe just a little too bright, after all. 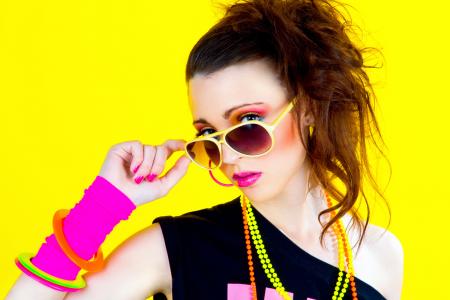 What could pair better with the neons than tapered acid-washed jeans, with or without the ankle zippers and bows? Those were another 1980s fashion staple.

Perhaps in direct contrast to the menswear styles and shoulder pads the women of the eighties loved to wear, there were lingerie-inspired clothing styles running rampant in the streets as well. Feminine and delicate, women's garments with lace were popular during this decade. Perhaps one of the most memorable lingerie-inspired pieces was the cone bra bustier, modeled by Madonna.

Equally feminine were the poufy dresses of the 80s. Ruffles were big, literally, and there were lots of them. Some dresses were short and puffed up all the way around the skirt while others took the slim silhouette of a work-friendly dress featuring a modest bodice and pencil skirt and added a large ruffle or two around the middle.

There was more to preppy style for women than Keds and dresses made with puffy sleeves and lots of fabric, though those were important components to the preppy eighties style. There were also turtlenecks, blazers, sweaters tied around the neck, knee high socks, pencil skirts, and pullover sweaters layered over button-ups or turtlenecks. Men and women both sported the colorful polo shirt with khaki pants look. Plaid was in, and so were wrap skirts that tied or buttoned at the hip.

When Madonna first came on the 1980s music scene, she was dripping in cheap costume jewelry. As her popularity soared, so did her following of wannabes who dressed like her, styled their hair like her and adopted the trend of wearing tons of bracelets and long, hanging necklaces, often sporting crosses.

The scrunchie likewise made its appearance known during this decade. It's a perfect hair accessory for the gym; it keeps your hair out of your face and can be easily washed. When legwarmers crossed over from the gym, so did the hair scrunchie.

Whether it was a sequined glove made popular by Michael Jackson or the lacy, fingerless gloves Madonna sported, gloves were back on the scene. They were just much different from the pristine white gloves that ladies had worn for ages.

Another popular hair accessory was the headband. Preppy women loved them. 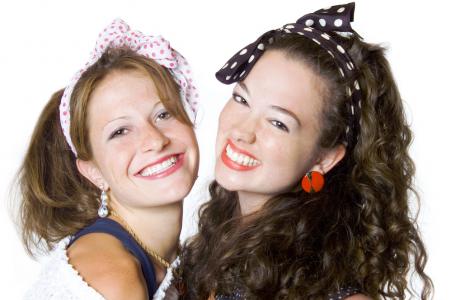 What movies, stars and TV shows were most influential during the 1980s, leading the fashion trends? Some of the biggest influences include: 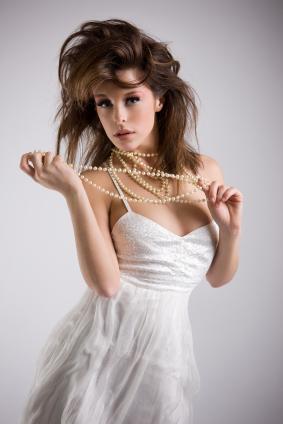 While not every eighties fashion for women was great, the era is definitely definable by the clothes women wore. Some of you may have photographs of your eighties fashions, whether they were good or garish. You can still look back with fondness on the trends you followed when Valley Girls, preppies and shoulder pads ruled the day.